About the Tsqúqw7e Landmark Sculpture

Secwépemc (“the spread-out people”), a Nation of 32 Interior Salishan communities that have been divided into 17 bands by the Indian Act, are 10,000 people strong and growing. Before contact with Europeans, the original population is estimated at 25,000 people, drastically reduced to 7,000 due to the 1862 smallpox epidemic. Secwépemc territory spans approximately 180,000 squared kilometres (112,000 squared miles) which includes the headwaters of the two largest river systems in British Columbia; the Columbia and Fraser River valleys, and extends south to the Arrow Lakes. Secwépemc have occupied their territory, Secwepemcúl̓ecw, for over 10,000 years and have never signed away, ceded or sold their land or territory.

The purpose of the Secwépemc Landmarks Project is to create awareness of Secwépemc traditional territory through the installation of approximately 100 trailhead posts, 16 Secwépemc Landmark sculptures,  and 16 connected interpretive panels that feature Secwépemc place names and oral histories from the Secwépemc Lakes Elders Advisory Committee in the Shuswap Lakes region of Secwepemcúl̓ecw.

100 trailhead posts were carved by youth from Chief Atahm School (Adams Lake Band), Shihiya school (Splatsín), and four schools in School District No. 83 (Shuswap Middle School, Jackson, Sullivan, and South Canoe Outdoor School) under the instruction of Secwépemc storyteller Kenthen Thomas and Secwépemc carvers Hop You and Vern Clemah. The students’ carvings tell the stsptékwle (oral history) of “Coyote and the Salmon”, which Secwépemc storyteller Kenthen Thomas describes as telling the story of how Sek̓lep (Coyote) brought salmon to the Sxwesméllp (also known as Sxwetsméllp or Salmon Arm) area.

The trailhead posts and Landmarks are a deep reminder of the presence and significance of past, present, and future generations of Secwépemc communities and their relationship to lands and waters in the Pespeséllkwe caretaker area of Secwepemcúl̓ecw. 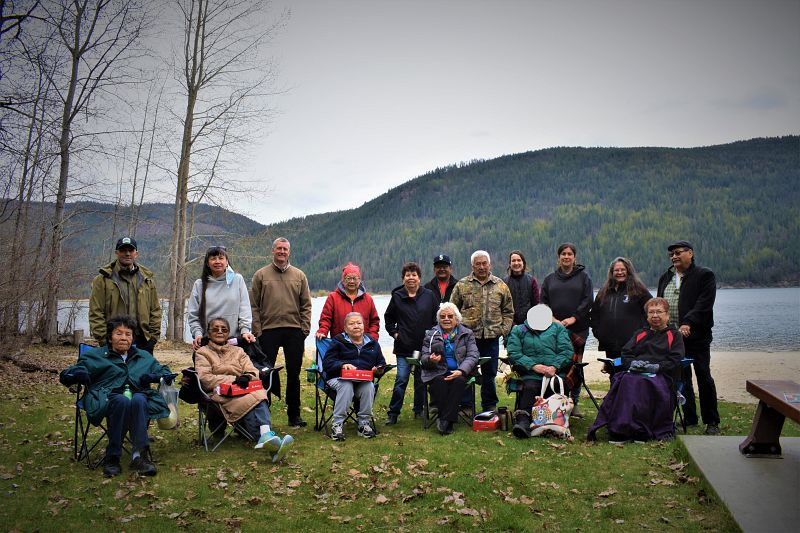 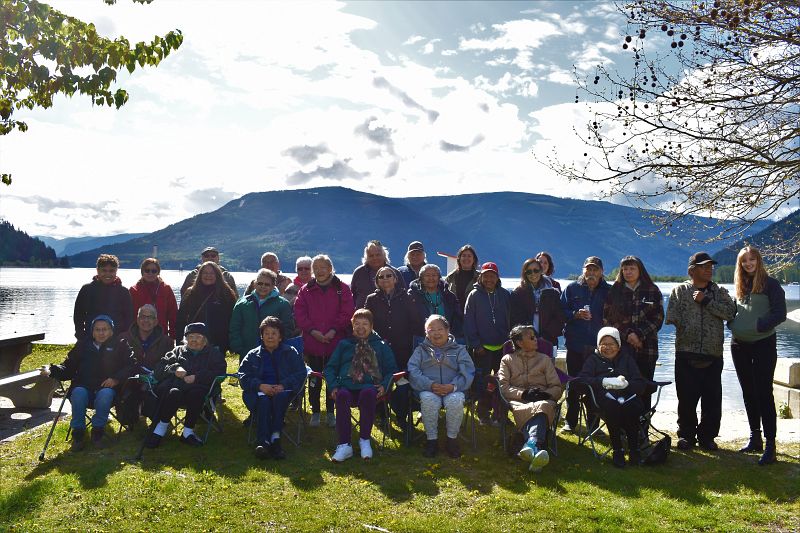 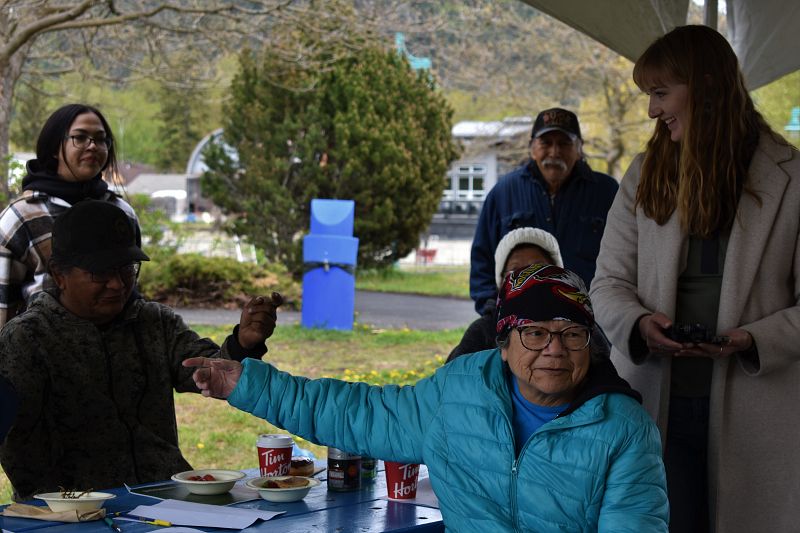 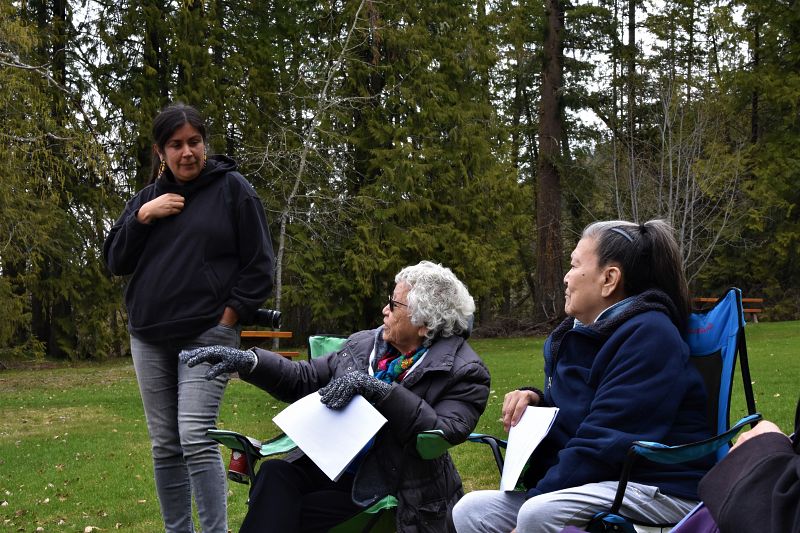 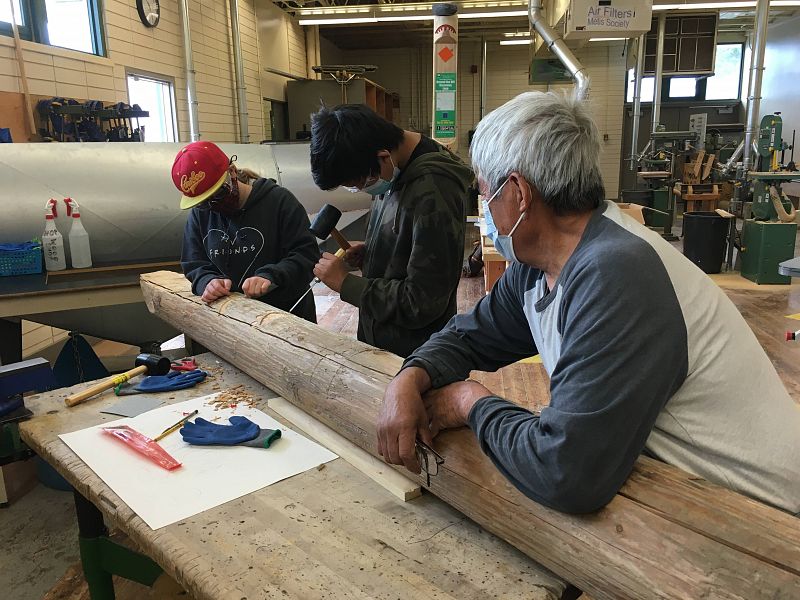 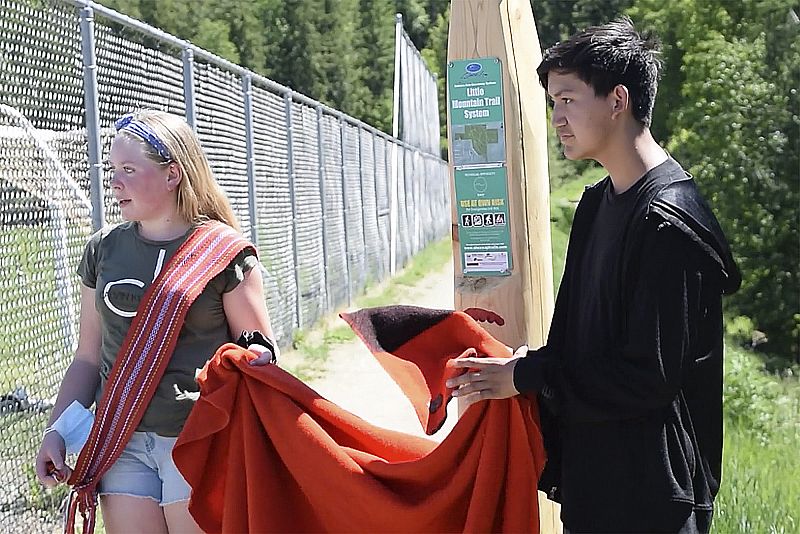 The Secwepemctsín place name audio recordings are by the late Neskonlith Elder Dr. Mary Thomas, whose work as a knowledge keeper and environmentalist inspired many about Secwépemc values of knucwentwécw (helping one another) to learn about and protect Secwépemc traditional plants for future generations. The Secwepemctsín language revisions for the place names transcriptions and signage were completed by Lucy William (Chief Atahm, Chase Eastern dialect) and Donna Antoine (Splatsín dialect).